“where tradition and modernity are allowed to coexist” 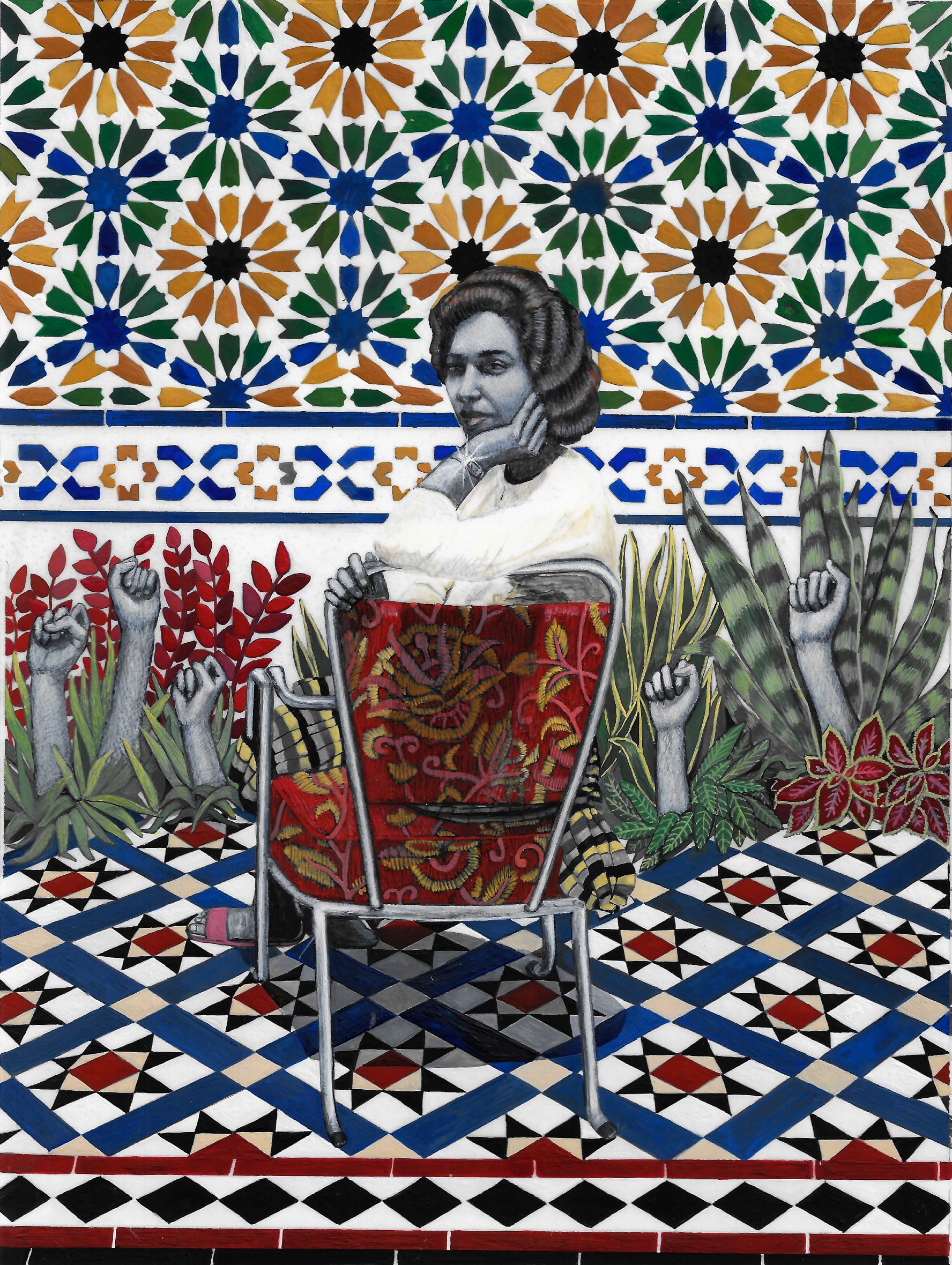 I am not talking about timorous whispering
in the dark.
I am talking about daytime and open windows
and fresh air and a stove in which useless things burn
and land which is fertile
with a different planting
and birth and evolution and pride.

Soheila Sokhanvari first arrived at a boarding school in Bournemouth in 1978, and has lived in England ever since, becoming an exile from Iran in 2009, after the failed ‘Green Movement’ that had sought to challenge the regime established by the Islamic Revolution. In the largest demonstrations since 1979, Iranian citizens protested a stolen Presidential election. The brutal state retaliation that followed extinguished any immediate hope of change or greater transparency. Sokhanvari captured this moment of promise and defeat in her sculpture Moje Sabz, 2011, which features a full-size taxidermy horse marooned on a blue-green pillow of jesmonite.

Having trained at Goldsmiths, University of London, and currently a Studio Artist at Wysing Arts Centre, Sokhanvari’s art education and practice have always been based in England. For her subject matter, materials, and inspiration, however, Sokhanvari returns again and again to the country of her birth, which, in many ways, ceased to exist after the Islamic Revolution.

Conquest of the Garden is inspired by the eponymous poem by feminist poet Forough Farrokhzad (1934–67), written in Classical Persian ghazal form, which advocates breaking away from social norms to follow the commands of the heart and of nature. Based on a photograph of Sokhanvari’s mother, taken in 1967 – the year of Farrokhzad’s untimely death, the painting places a woman in European dress on a chair in the heart of a traditional paved courtyard. From the bedding plants in the borders, grow women’s arms raised in protest. A personal memory of a mother Sokhanvari has not seen since 2012, takes centre stage in a vision of an Iran where tradition and modernity are allowed to coexist and contest without state repression. A modern miniature, painted in natural mineral pigments on vellum, the work exemplifies Sokhanvari’s oeuvre, which harnesses inheritance to speak of the rupture of exile.

Soheila Sokhanvari’s Iran no longer exists, and her work struggles to find acceptance as British Art. Britain cannot remedy the former, but the British art establishment must make room for the voices of foreign-born artists who call Britain home.