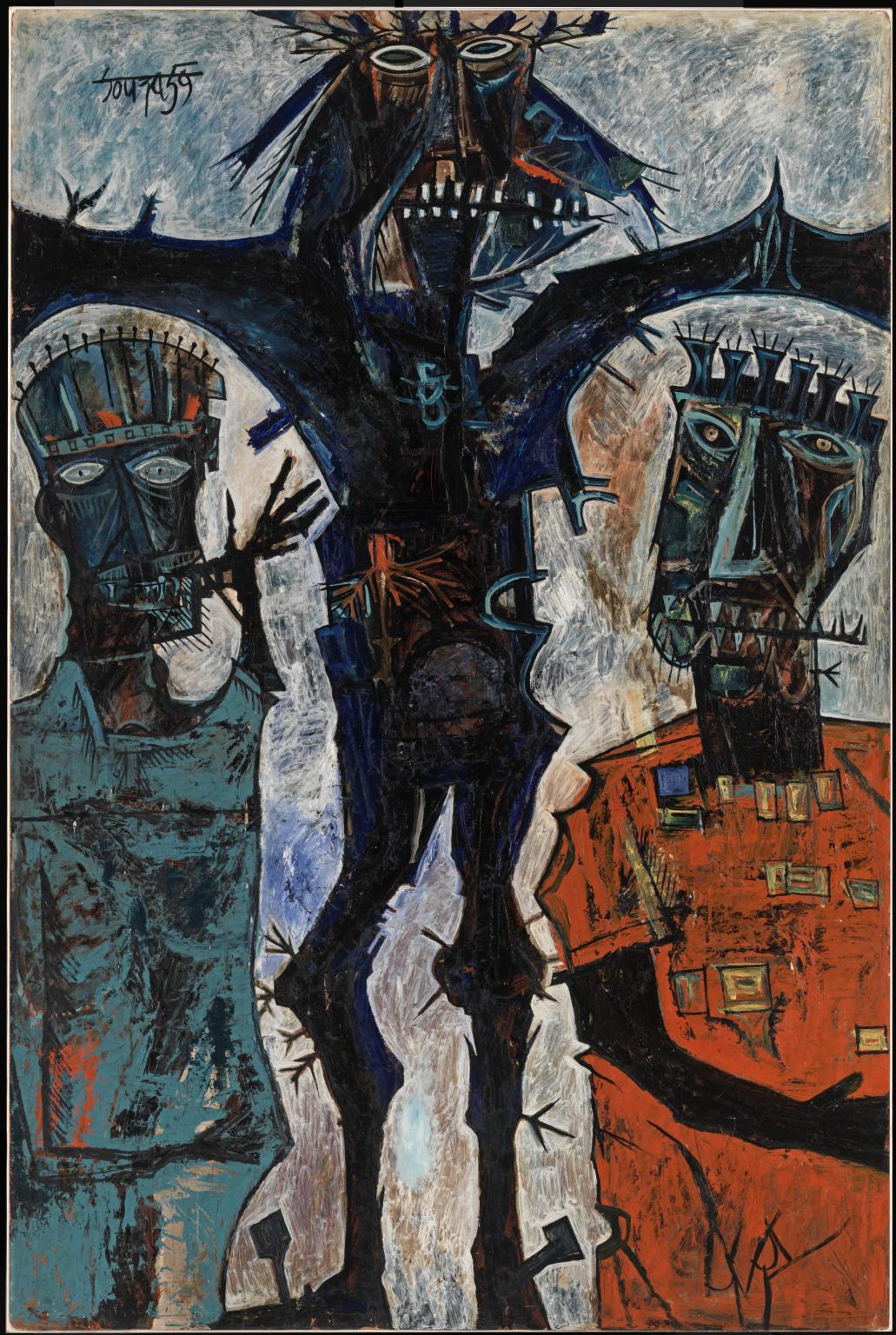 From November 1995 to March 1996 the Tate Gallery (now Tate Britain) hosted a small display called Picturing Blackness in British Art 1700s – 1990s. Selected by the renowned cultural studies scholar Paul Gilroy as guest curator, and Tate curator Virginia Button, it featured fourteen works of art mostly drawn from the Tate Collection, juxtaposing images from across two centuries, from Sir Joshua Reynolds (1723–1792) to FN Souza (1924¬2002), Lubaina Himid (b. 1954) and Sonia Boyce (b. 1962). The aim, according to Gilroy’s exhibition text, was to address some of the “myths of Britishness” and show how ‘racial differences have been a persistent feature of artistic expression’ and that ‘the complex and
shifting symbolism of ‘race’ has been important to several generations of artists’. Despite its modest size, the display had a significant impact, and has emerged as a key reference point for thinking about the challenges to art history, curatorial practice and exhibition histories of dealing with ‘the image of the black’ in British art. Twenty years on, this one-day British Art Network workshop will reflect on the display, its controversial reception, and its legacy, while also addressing larger questions around the representation of ‘blackness’
and the black figure in British art, historically and in contemporary culture. Convened by Dr Martin Myrone, Tate Britain and Prof. Paul Goodwin, TrAIN Research Centre, University of the Arts London, the day will involve academic presentations, workshop sessions in Tate Britain, and a panel discussion featuring the curators of the original display, Paul Gilroy and Virginia Button. Other confirmed speakers include Temi Odumosu, Leon Wainwright, and Jan Marsh.