Jai Chuhan is an Indian-born British artist. Her paintings have been in solo and group exhibitions internationally including in Sweden, Italy, China, Turkey and in the UK at venues including Tate Liverpool; Barbican, London; The Lowry, Salford; Ikon, Birmingham; Arnolfini, Bristol; Pitshanger Gallery, London; Watermans Art Centre, London; Liverpool Biennial and HOME for Asia Triennial Manchester. Her paintings and drawings are in collections including Cartwright Hall, Bradford; Victoria Gallery & Museum, Liverpool; Arts Council Collection and Tate.

Jai Chuhan creates expressionistic paintings that often show an isolated figure in room-like spaces, an arena for exploring themes such as love, inspired by her position as an Indian-born British artist. The images suggest psychological tensions within symbioses of male and female, home and unhome. She uses fluid layers of colour to depict the body, as politicized territory, focussed or blurrily glimpsed, in painting that ‘unfolds and reveals itself into a configuration that expresses a female gaze.’ 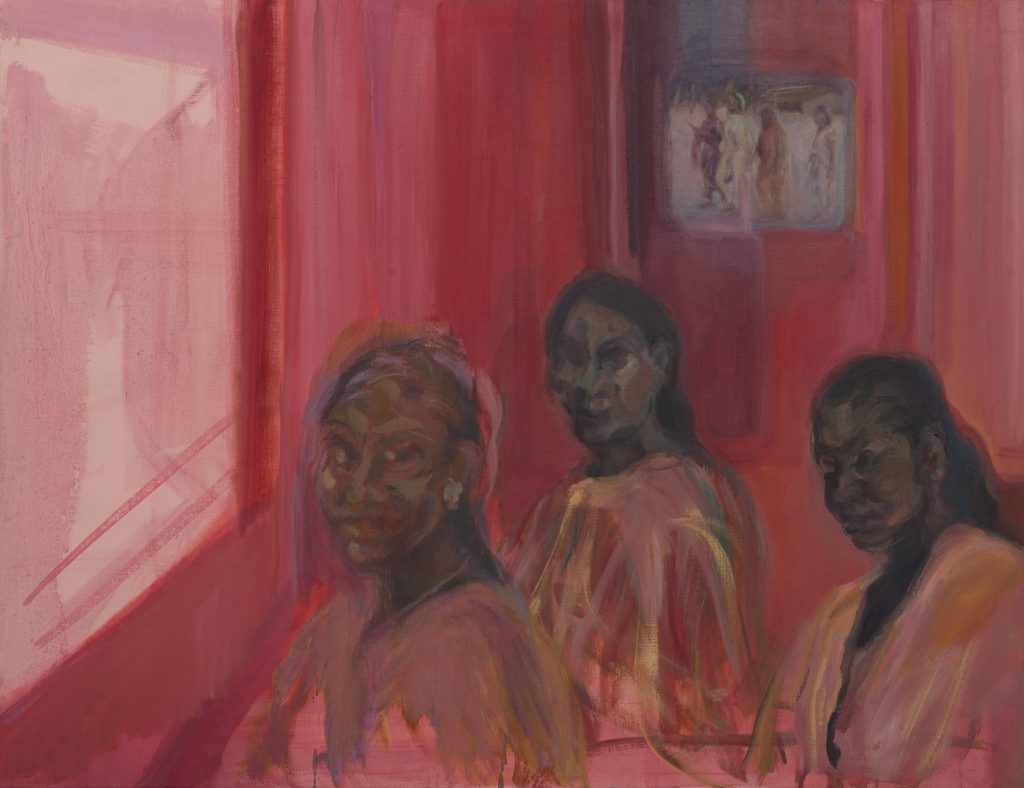