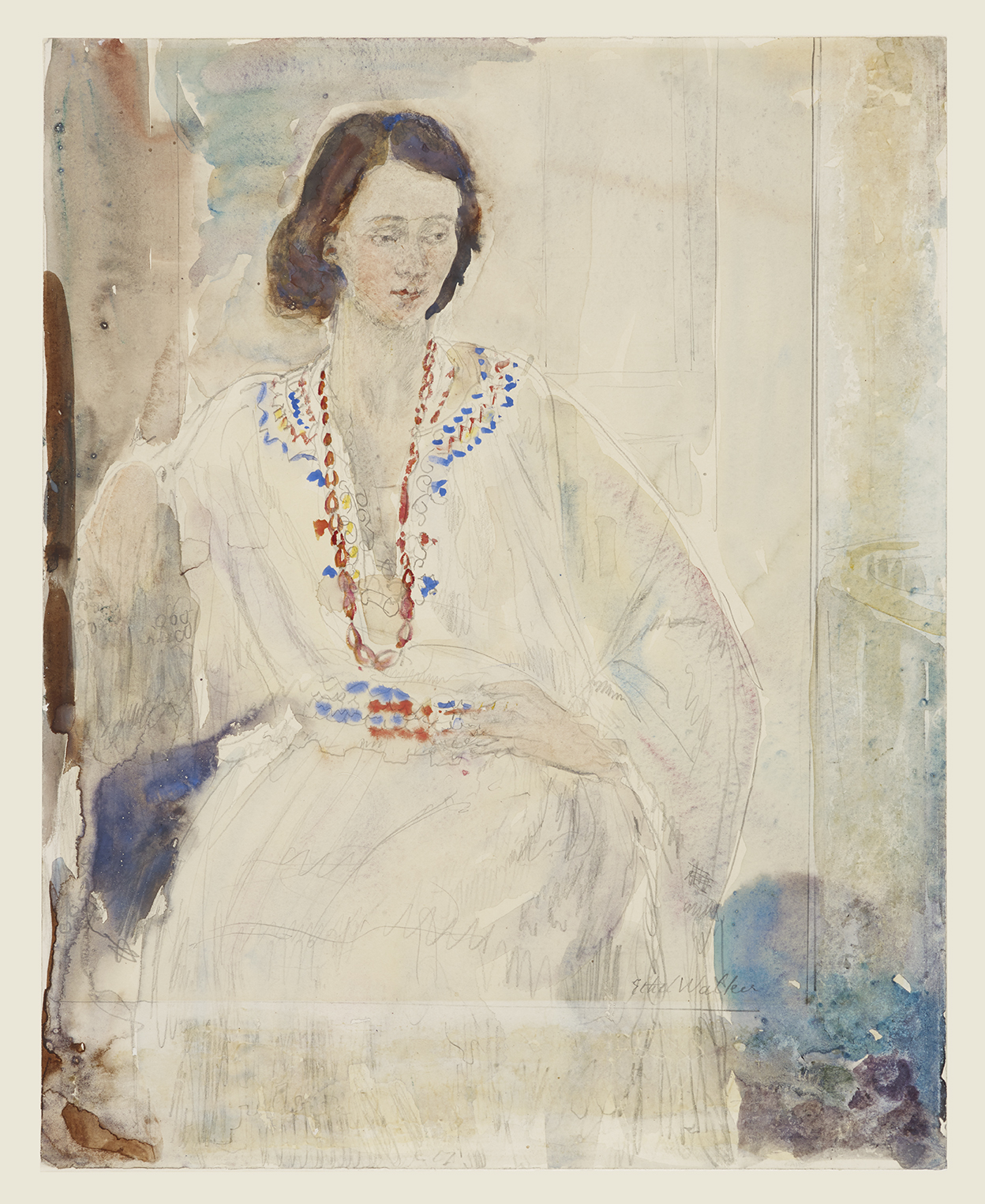 Born in Edinburgh in 1861, Ethel Walker would undertake most of her education in London after her family moved to the city when she was nine. Following secondary school, Walker would go on to study fine art at the Westminster School of Art under the painter Frederick Brown. Following Brown to the Slade School of Art, Walker went on to attend evening painting classes with the artist Walter Sickert.

After art school, Walker became a celebrated artist within her own lifetime and was credited as being a leading exponent of the English Impressionist style. Not only was Walker recognised as a leading figure within this genre of painting, she would also be admitted to the Royal Academy as an Associate Academician in 1940, and was awarded a DBE (Dame of the Most Excellent Order of the British Empire) in 1943 in recognition of her contribution to British art.

After the artist’s death in 1951, the art world all but forgot the talent of Dame Ethel Walker. Many reasons can be given for this fall from grace. Perhaps  it was that the impressionistic style in which the artist painted was no longer fashionable. Perhaps it was because she was a female artist. Or perhaps it was because Walker celebrated the beauty and sensuality of women within her artworks during a period when same sex desire was not part of the discourse of art history and criticism.

In recent years however, the artist has started to be rediscovered by a whole new generation of art historians and curators, and one of her large works, Decoration: The Excursion of Nausicaa (1920), was exhibited prominently in Tate Britain’s exhibition, Queer British Art 1861 – 1967 (2017). As art galleries and museums continue to work on readdressing the biases and inequalities of their historic collections, Walker is being (re)remembered and celebrated by institutions, including the Whitworth Art Gallery, as the independent, female, queer artist that she was.