Dr Caroline Dakers is Professor Emerita in Cultural History at University of Arts London. She taught at Central Saint Martins (UAL) for 45 years, establishing the BA Culture, Criticism and Curation course in 2004, also supervising PhD students. Her MA in Cultural History from the Royal College of Art studied 19th century country house patronage; her PhD from University College London studied the relationship between English writers and the countryside 1900-1930. Her books include The Countryside at War 1914-1918 (Constable, 1987); Clouds the biography of a country house (Yale 1993); The Holland Park Circle (Yale, 1999); A Genius for Money, Business, Art and the Morrisons  (Yale, 2011); Fonthill Recovered (UCLPress, 2018). She has curated exhibitions at Leighton House Museum on Artists at Home: the Holland Park Circle (1999) and George Aitchison, Leighton’s architect (2011) and contributed to the Paul Mellon Centre project on country houses. She has written articles including for Apollo, the Victorian Periodicals Review, British Art Journal and Furniture History. She is currently writing books on the collections of Alfred Morrison (UCLPress) and the public image of the artist in Britain 1850-1950 (Princeton University Press). 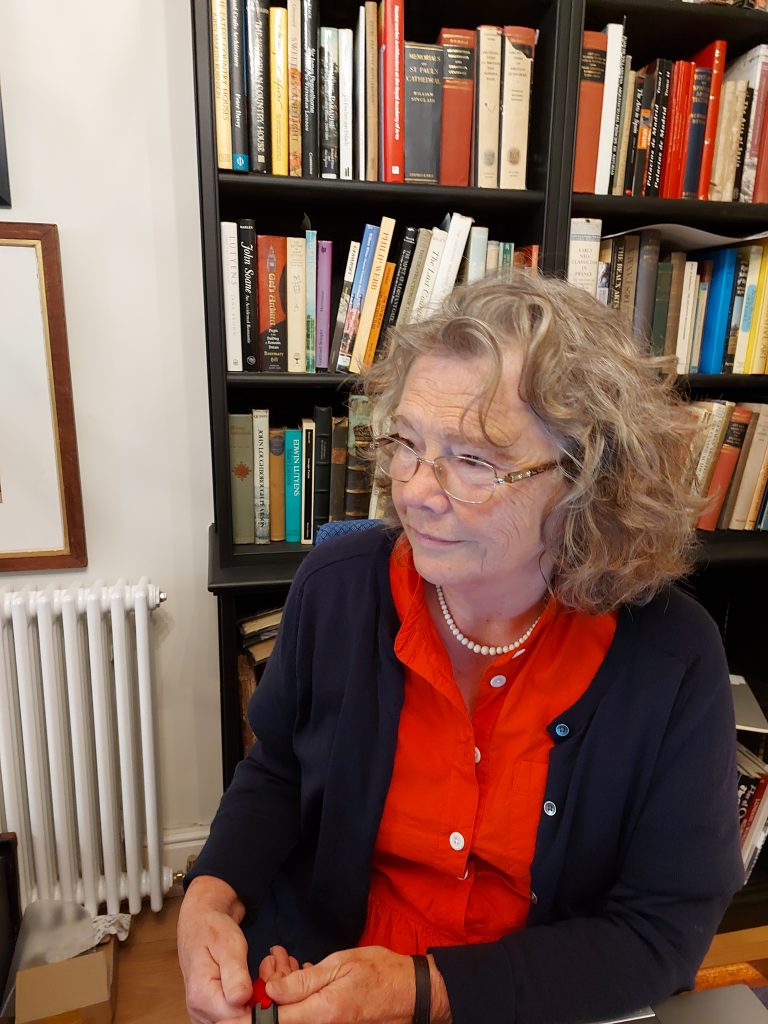