Dr Lydia Hamlett is Academic Director in History of Art at the Institute of Continuing Education, University of Cambridge, and a Fellow of Murray Edwards College. Her current research centres on mural painting in Britain in the seventeenth and eighteenth centuries, on which subject she published most recently an exhibition catalogue contribution to British Baroque: Power and Illusion (Tate 2020). Lydia was a Leverhulme Early Career Fellow in the Department of History of Art at Cambridge when she wrote her book Murals in Britain 1630-1730: Experiencing Histories (Routledge 2020). She was Programme Curator for the University of Cambridge Museums, when she co-curated ‘Discoveries: Art, Science and Exploration’ (2014), and a post-doctoral researcher on ‘Court, Country, City: British Art 1660-1735’ (AHRC), based at the University of York and Tate, where she curated ‘Sketches for Spaces: History Painting and Architecture 1630–1730’ (2013-14). Before this, she was on the research team for ‘The Art of the Sublime’ at Tate (AHRC). Lydia was a curator at the National Trust from 2008-9, and at The Fitzwilliam Museum where she worked on exhibitions including ‘From Reason to Revolution: Art and Society in Eighteenth-Century Britain’ (2008) and ‘Paul Mellon: A Cambridge Tribute’ (2008). 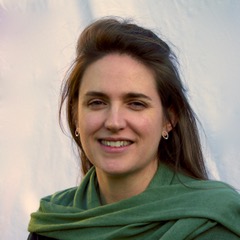