Robert Tittler is ‘Distinguished Professor Emeritus of History’ at Montreal’s Concordia University, and a Fellow of the Royal Society of Canada. A social and economic historian of Tudor and early Stuart England, he has written extensively on the portraits and painters of that era from an historian’s perspective. His most recent books are The Face of the City, Civic Portraiture and Civic Identity in Early Modern England (Manchester University Press, 2007); Portraits, Painters, and Publics in Provincial England (Oxford University Press, 2012); and Painting for a Living in Tudor and Early Stuart England (Boydell, 2022). He maintains the Early Modern British Painters biographical database. 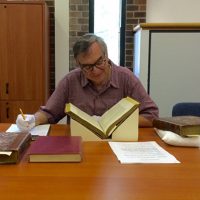