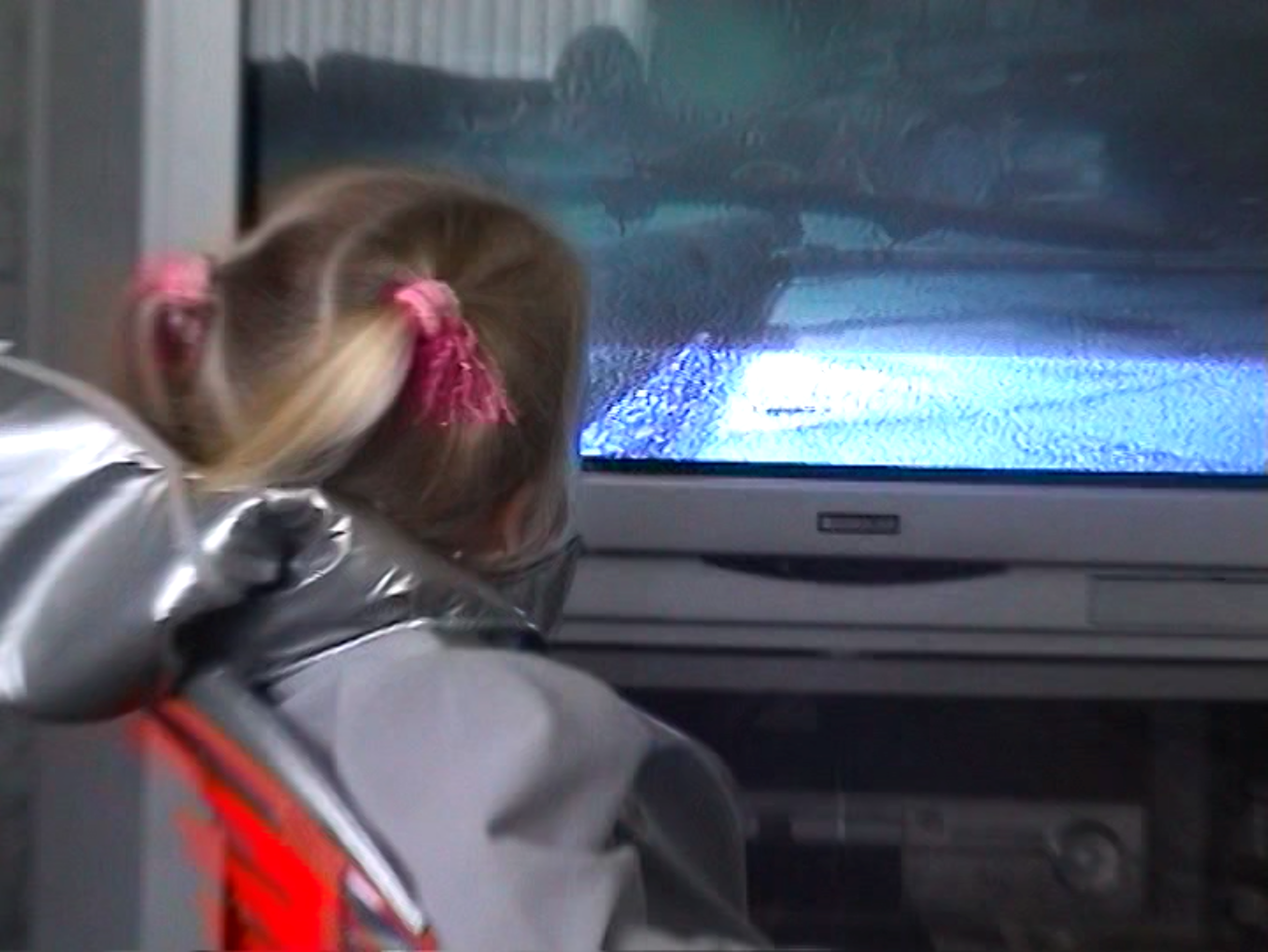 Still from Mandy McIntosh, Fair Creature (2004). Courtesy of the artist.

Fair Creature (2004) is a single-screen video by artist Mandy McIntosh, made with Christine Gibb and her family over the course of a year.

Recorded in their Saltcoats home on the west coast of Scotland, the video lovingly documents water fights, misbehaviour, birthday celebrations, and an Ann Summers lingerie party as social practices which bond a working-class community. From the matter of a home movie, simple augmentations, pauses, reversals, and slow-motion effects transform the everyday into something of deep pathos. Edited collaboratively to a soundtrack of distorted breaks and euphoric reverb – with with music by μ-Ziq and Robin Menzies – the work hands its authorship over in an offer of self-representation, producing moments of joyful irreverence and poetic abstraction.

Initially trained in textiles, since the mid-1990s, McIntosh has developed a community-minded video practice variously tracing the regional Aran knitting style through a group of women crafters in Galway (Donkey Skin, 1995), underage sex in Glasgow’s housing schemes (In an Empty, 1999), and the mark making of primates (The Animal Riot, 2010) amongst other social phenomena. McIntosh’s work develops through sustained contact and deep understanding, often captured in the testimonies given on-screen. Hers is an approach that eschews auteurism in exchange for shared agency; her works across media can be understood as exercises in community mobilisation, ranging from the collaborative restoration of orphaned public sculpture to elaborate pageants.

Artist and political theorist Gregory Sholette uses the allegory of ‘creative dark matter’ to describe the invisible majority of artistic activity produced in the neoliberal era.[1] Unacknowledged, he argues, by those who manage and interpret culture, ‘creative dark matter’ describes the vast corpus of amateur, informal, unofficial, activist, and non-institutional practices which circulate in the shadow of the formal art world. In McIntosh’s enduring commitment to marginalised subjects and in her opposition to readily institutionalised aesthetics – drawing from contemporary folk-cultural design, music, graffiti, and celebrating sensorial clashes – she challenges orthodoxies of taste; for whom and for what contemporary art exists.